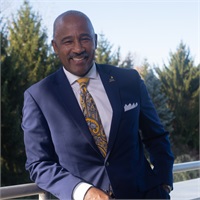 With over two decades under his entertainment umbrella, Dexter has modeled for and in international magazines and publications including Ebony, Jet and Ebony Man. Perfecting his acting chops landed him in one of the greatest movies of all times, “The Shawshank Redemption”. Dexter has worked with some of the greatest in the industry including Debbie Allen, Matthew McConaughey, Tyler Perry and Morgan Freeman.

A recipient of adolescence mentoring, Dexter is a believer in helping others succeed in business and life. He mentors young men who are eager to impact workplace culture and build stronger communities. A supporter of non-profits, Dexter holds the National Kidney Foundation (NKF) close to his heart after donating a kidney to his brother nearly 25 years ago.

Dexter is a current resident of his hometown, Cleveland, Ohio. He enjoys golfing, horseback riding and hiking with his wife and dog. He is a lifelong Cleveland Browns fan and believes one day during his lifetime, they’ll make it to the Super Bowl.